The Bobosso Gold Project (“BGP”) consists of the Wendéné Exploration Permit (PR 572, 298km2) and the Dabakala Exploration Permit Application (390km2) all situated in the Vallée du Bandama District of central Côte d’Ivoire. The BGP is located 140km northeast of Bouaké, the regional capital and approximately 240km northeast of Yamoussoukro, the administrative capital of Côte d’Ivoire. 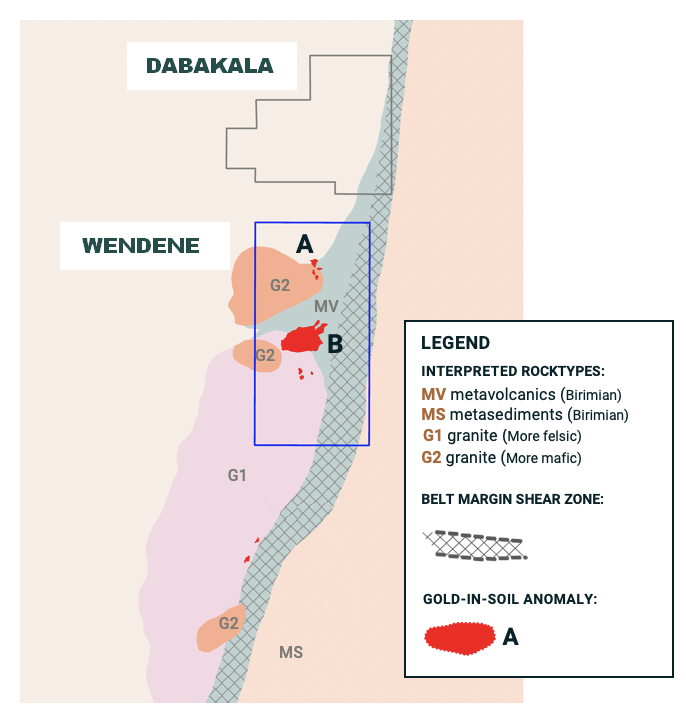 The primary feature of the BGP is a large, 7km2 gold-in-soil anomaly grading an average of +100ppb gold in soil. This soil anomaly was most recently drilled by Avant Minerals Inc. (a predecessor company to Montage) in 2017 and 2018 for a total of 11,814m of RC drilling and 1,657m of diamond core drilling. 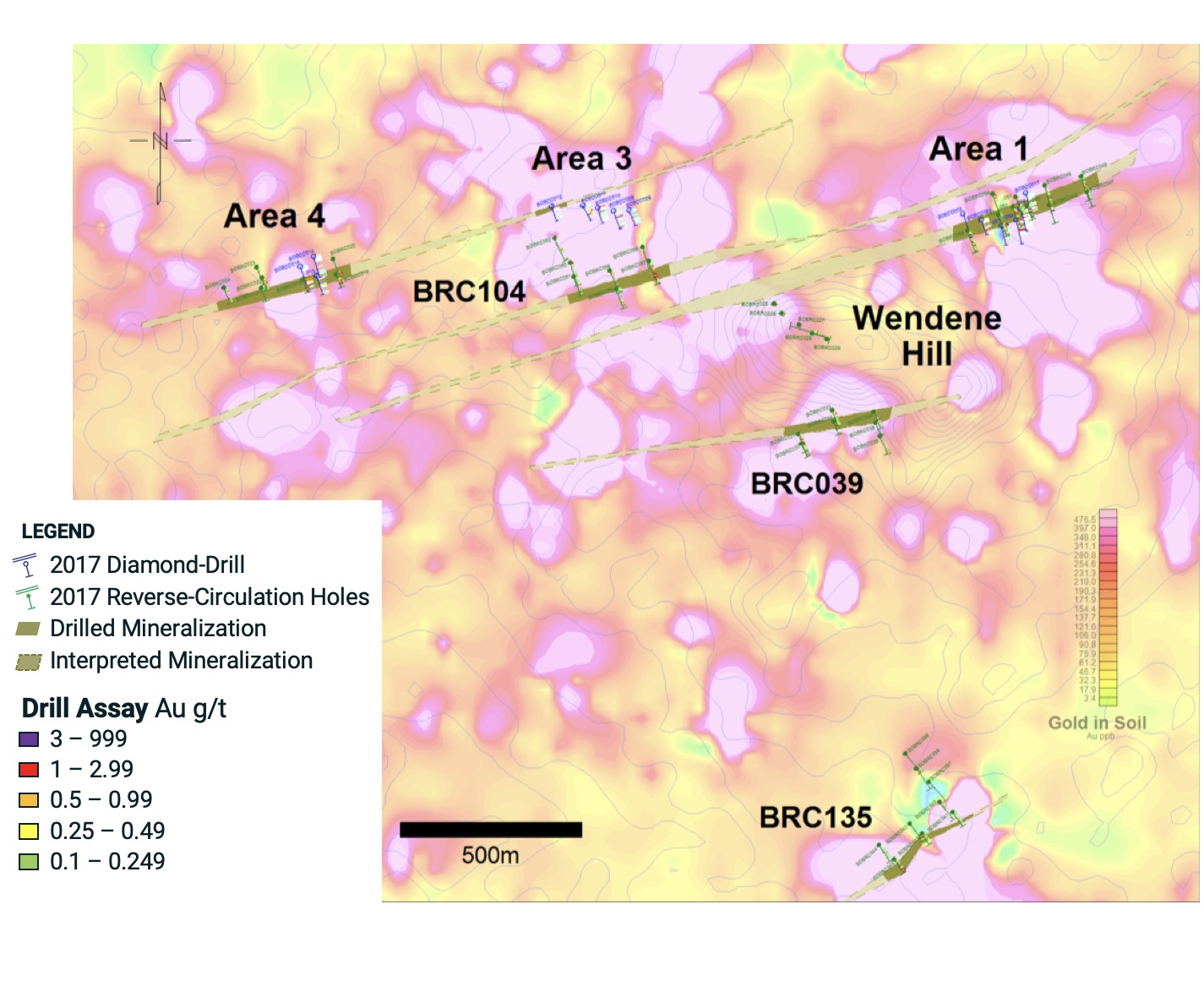 The 2017/18 drill programs returned numerous intercepts of over 2 g/t gold across intervals of approximately 15m to 40m, all close to surface covering a strike length of approximately 2.5km along an E-W trend.

Highlights from the 2017/18 drill program included:

The above results are encouraging, however at the present time Montage has not allocated a significant budget to the BGP. Montage intends to complete a full review of all available historic data on the property to determine the next phase of work on the property.

Extensive recent weathering has produced large areas of laterite over the region, which effectively masks the underlying geology of these areas. As a result of the deep weathering, outcrop is rare and even when it occurs is often difficult to characterize. Therefore, much of the geological interpretation is based largely on the available airborne geophysics.

Locally, the belt is comprised of an assemblage of volcanics and volcaniclastics, generally of basaltic-andesitic composition. Felsic volcanics are locally prominent in the extreme north of the licence area. This area is also notable for the presence of carbonaceous schists. The belt is intruded by syn- and late-kinematic plutons of variable composition.

To the west, the volcanics are bound by gneiss-granitoid terrain, composed of migmatic relicts of Birimian crust. Fine-grained sedimentary rocks lie east of the volcanic belt.

The Ouango Fitini (Hounde) belt, specifically its eastern boundary, is a regionally significant structural feature. This zone of tectonic melange may define an intra-cratonic boundary of the Man Shield, and divide an older (western) subprovince from a younger (eastern) subprovince.The north-eastern part of the Bobosso project area includes 25 kilometres of strike length of this sheared volcanic-sediment contact.

Work history on the BGP (which has previously included additional exploration ground within historic permits) dates to 1997 when the property package was owned by Equigold. Equigold held the ground until its acquisition by Lihir Gold in 2008. Work programs completed by Equigold included detailed stream and soil geochemistry, RAB and RC drilling, and ground magnetic geophysics. These work programs covered several target areas within a broader property package including several on the Wendéné permit. Following the acquisition of Equigold, Lihir conducted several programs through 2008 and 2009 including: geological mapping, trenching, RAB drilling, gradient IP geophysics and RC drilling. Following the acquisition of Lihir by Newcrest in 2010, an airborne magnetic and radiometric survey was completed in 2011. Newcrest subsequently allowed the permits to lapse given their age.

In March 2017, Avant Minerals entered into an agreement with several parties resulting in Avant receiving the right to earn into the BGP through sole funding expenditures. After meeting initial earn-in requirements, Avant and the other parties to the earn-in agreed to consolidate 100% of the BGP under Avant and that transaction was completed in November 2018.

In August 2019, Avant Minerals completed the sale of all of its mineral projects and related agreements to Montage. After that transaction, the Bassawa Exploration Permit was dropped.